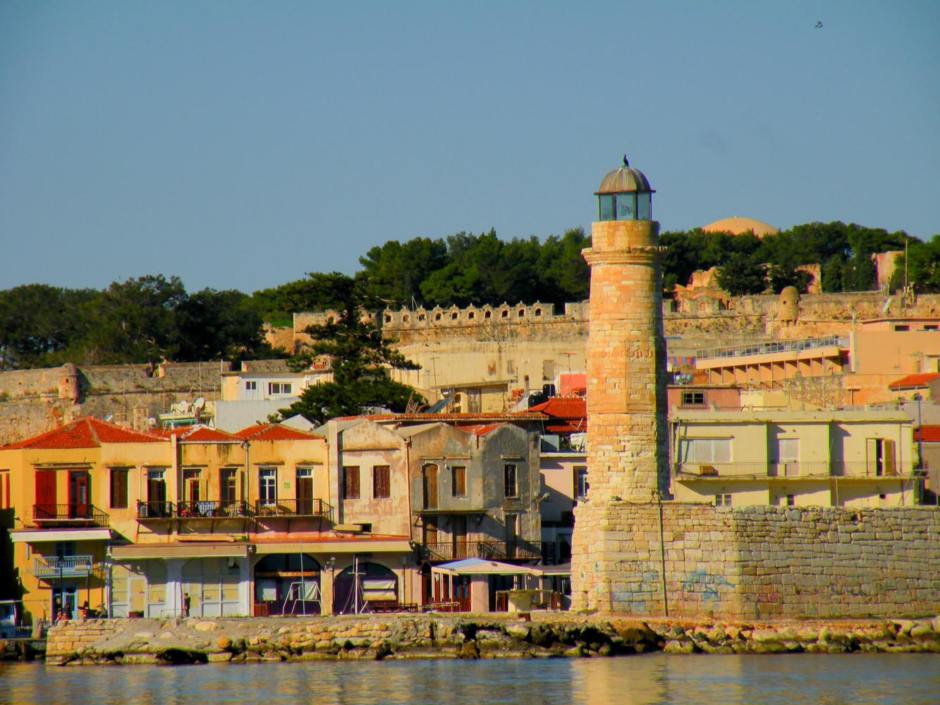 Take time out to see the top tourist sights of Rethymnon Old Town.  Here’s a list of our local picks so you can gain fantastic insight into the culture and history of our beautiful and historic city.

Rethymnon is considered one of the most beautiful and well-preserved old towns in Greece. The winding stone paths are lined with Venetian, Ottoman and Neoclassical era buildings. Minarets, bell towers, terracotta roofs and castle walls make up a unique skyline that tells a tale of a rich past where many cultures merged in one place. The Old Town’s corners are drenched in pastel bougainvillea, squares are quaint and peaceful and mom-and-pop shops open each day to sell local goods.  You will also be tempted to stop in one of the many traditional restaurants and seaside tavernas serving up delicious local dishes too. Walking through the old town and taking it all in is an experience for locals and visitors alike! While you are exploring, be sure to check out the top tourist sights of Rethymnon Old Town. During the 16th century, Venetians built this enormous fortress to protect Rethymnon from the Ottoman Turks.  You’ll find this castle on Paleokastro Hill, located west of the harbor.  Spend the day exploring the grounds and you’ll be able to snap panoramic photos of the town and the sea front. There’s also a small open-air theater which puts on plays and concerts during the summer season. The Old Venetian Harbor and Lighthouse This historic yet romantic little harbor is one of the most atmospheric places for a stroll in Rethymnon Old Town.  Little fishing boats bob in the harbor while couples and families walk here for the peaceful views. Seafood tavernas and restaurants buzz with traffic here especially during the summer months.  Take a stroll to the lighthouse which was built by the Turks after the 17th century. While exploring the old town, you’ll come across the remains of a regal little fountain called the Rimondi Fountain (Mavrokordatou Alexandrou Street). It was built in the 17th century by a rector named Rimondi. You can make out the shapes of the sculpted lions and take a cool drink from one of the three water spigots. Legend has it if you drink the water from this fountain, you’ll return for another visit to Rethymnon!

The Archaeological Museum of Rethymnon proudly displays the artifacts dating back to the early civilizations that flourished in our region, including the Early Minoan, Middle Minoan and Late Minoan times. Peer at the pots, tools, weapons, pottery, jewelry and clay figurines of a fascinating time. There are also artefacts from the Classical, Hellenistic and Roman period and sculptures from various regions throughout Greece. The Contemporary Museum of Art is another top tourist sights of Rethymnon (Mesologgiou 32). It houses the permanent collection of the well-known local artist Lefteris Kanakakis and works by contemporary Greek artists. The museum is also an important cultural hub, organizing exhibitions involving artists from Greece and all over the world. At the Historical and Folk Art Museum (M. Vernardou 28-30), you can gain insight into how Cretans once lived. Set in a 17th-century Venetian house, look at what’s on display in its five rooms including a collection of textiles, woven fabrics, embroidery, weapons, coins and maps. That sums up the top tourist sights of Rethymnon Old Town, one of the most culturally rich historic centers in Greece. Have you been?