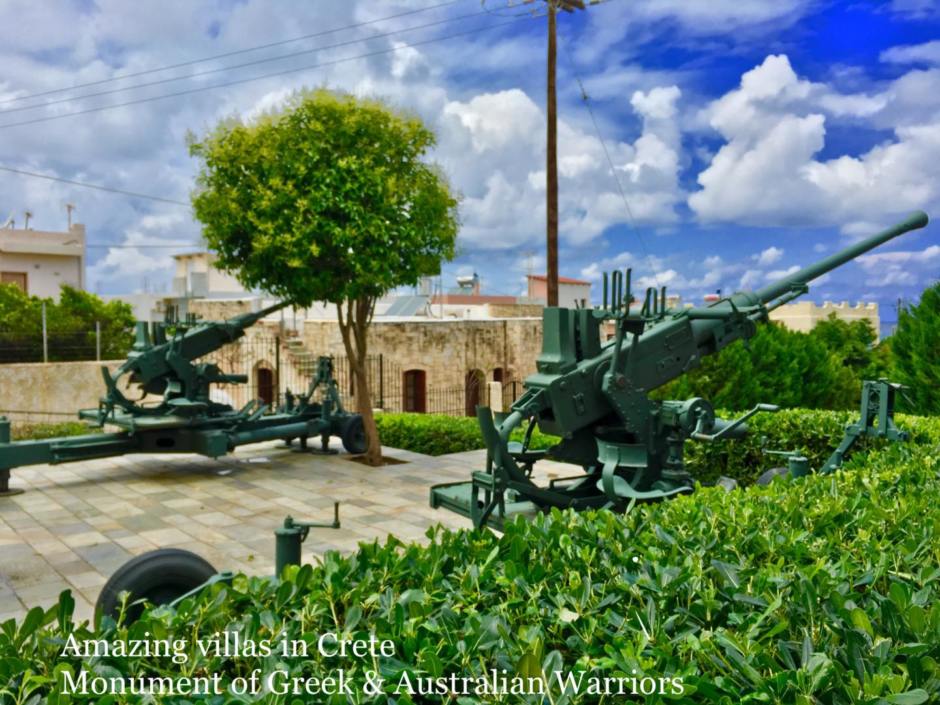 The Battle of Crete began on May 20, 1941 and its outcome is still remembered to this day.

Remembering the Battle of Crete

We’re proud of Crete’s beauty, which today is a famous paradise vacation for travelers from all over the world.  Part of exploring our island is understanding its history which is why we remember the Battle of Crete. During World War II, Crete was the scene of a significant battle that involved German parachuters attacking the island en masse. When mainland Greece fell to Nazi forces in April 1941, the Germans turned their sights on the island.  Crete’s central position – as the largest island in the Mediterranean – and the harbor at Suda Bay made it an ideal conquest. Crete’s capture would give the Germans a useful base in the eastern Mediterranean and deny its use to the British. Airfields in Crete were also significant to be able to hit targets in North Africa. The Germans planned on taking the airfields in Maleme, Rethymno and Heraklion and as a result Operation Mercury began on May 20.  German glider and parachute troops dropped onto the island. There were heavy casualties in hand-to-hand fighting.  Many German aircraft were shot down.

Crete’s mountainous terrain proved to be difficult to defend and the Creforce only had a handful of tanks and few radios. What saved Freyberg was the intelligence he was given which gave him ample warning of the German attack and enough support from the British Royal Navy.

The Outcome of the Battle of Crete

Historians look back and say that the German operation was a costly failure with a death toll of 3,000. Hitler declared that ‘the day of the parachutist is over’. The Germans wouldn’t attempt another major airborne operation. According to this BBC analysis, Hitler’s heavy losses stopped him for repeating similar attacks elsewhere, such as Malta. In the end, Hitler couldn’t drive the British out of the Mediterranean. The Battle of Crete also garnered significant losses for the British since many mistakes were made in the battle strategy leading to 4,000 dead and 11,000 captured.

Cretan civilians famously joined the battle with whatever weapons they had including civilians who fought with kitchen knives and farm tools. German parachutists were found knifed or clubbed to death in olive groves. According to one story, an elderly Cretan man clubbed a parachutist to death with his walking cane. A local priest and his son took two Balkan War vintage rifles from a village museum to shoot German paratroopers. It was the first time that the civilian population struck back so fiercely during the war.  Since most Cretan fighters didn’t wear uniforms, the Germans didn’t follow Hague Conventions and killed civilians in a series of mass shootings in Alikianos, Kondomari and Kandanos. After the war, the German General Student managed to avoid prosecution for ordering the killings.

Remembering the Battle of Crete Our island is known for its incredible history, including terrible war time suffering, but it is also a resilient island. At the Maleme Airport and other cities on the island, and around the world including in New Zealand, commemorative ceremonies continue to take place to remember what happened and the lives lost.

10 Top Cretan Foods You Must Try