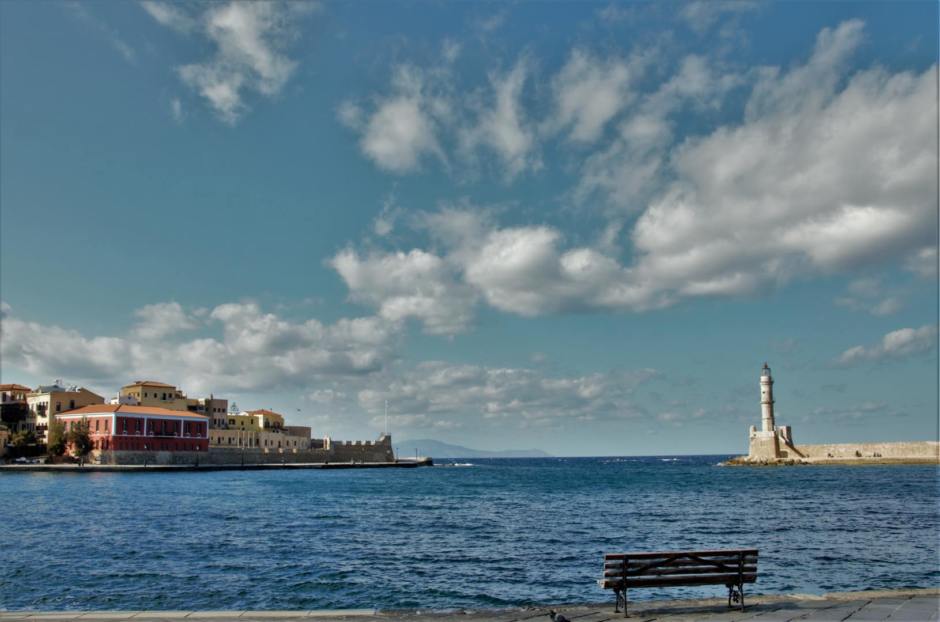 Taking a day trip from Rethymnon to Chania is a great way to spend a day in Crete. Take a look at our Top 10 things you can do.

Day Trip from Rethymnon to Chania

The route from Rethymnon to Chania is an easy one-hour drive.  We recommend starting early so you have more time to explore another one of Crete’s most picturesque cities.  Like Rethymnon, Chania is full of Venetian influences and has a myriad of architecture styles, old town districts and outright charm to discover. The 17th-century Firka Fortress is also known as Revellino del Porto. This is one of the top things to do during your day trip from Rethymnon to Chania. This Venetian fortification once served as the headquarters for military leaders.  From here, you can take beautiful panoramic photos of Chania.

The Venetian Harbor is a great place to soak in the atmosphere of Chania.  You can find a 21-meter-tall lighthouse here which was built in the 14th century.

Folklore Museum of Chania – Learn about daily life in Chania during the 18th and 19th centuries. War Museum – This historic venue was once barracks of the Italian army during WWII and now houses artefacts from conflicts that Cretan soldiers were involved in including the Macedonian Wars, WWI and WWII.

The Maritime Museum – Learn about the maritime history of Crete including the Battle of Crete in 1941. You’ll find many similarities between Rethymnon and Chania.  The old town is full of beautifully preserved historic buildings with Venetian, Ottoman and neoclassical influences. Check out the Splatzia district, which is the old Turkish quarter. Tabakaria was once the leather making district but now has several tavernas with a view of the sea. The Old Jewish Quarter was once known as Zudecca and can be found between Zambeliou, Evraiki and Kondylaki streets. On Mitropoleos Square, also known as Athinagoras Square, you’ll find the Church of the Trimartyri as well as a cafes and shops.

If you love quality leather goods head to Skrydlof Street.  This is where you can also find stivania, traditional long black Cretan boots worn by men, were produced. The Chania Municipal Market is a covered food market built in the early 20th century.

Venetian Church of St. Francis – This 16th-century church this was once the grandest of the 23 Catholic churches built by the Venetians. The Archaeological Museum of Chania is now located here.

Church of Agios Nikolaos – This 14th-century church was converted into a mosque in the 17th century. Check out the minaret which was added to the south side of the structure Mosque of the Janissaries (Yali-Tzamisi Mosque) – This is the oldest Islamic structure in Crete. It was built in the mid-17th century over a church. Now, the city holds public exhibitions here.  Pop in to see what’s new.

At Chania’s Moro Docks, you can visit 15th-century Minoan ship called the Minoa. This historic hammam was a public steam baths built during the Ottoman era. Now it houses a clothing shop.

If you’re in town later in the day, be sure to grab a drink on Daliani Street.  Akti Tompazi is another top choice. It is a pedestrian way known for its bars with a sea view. Much like Rethymnon, you can find many restaurants serving local Cretan specialities. During your day trip from Rehthymnon to Chania, it’s a great opportunity to set down and enjoy our island’s famous cuisine. We highly recommend taking a day trip from Rethymnon to Chania. It’s a great way to get to know another one of Crete’s best cities to visit.

Which cities in Crete would you like to visit?